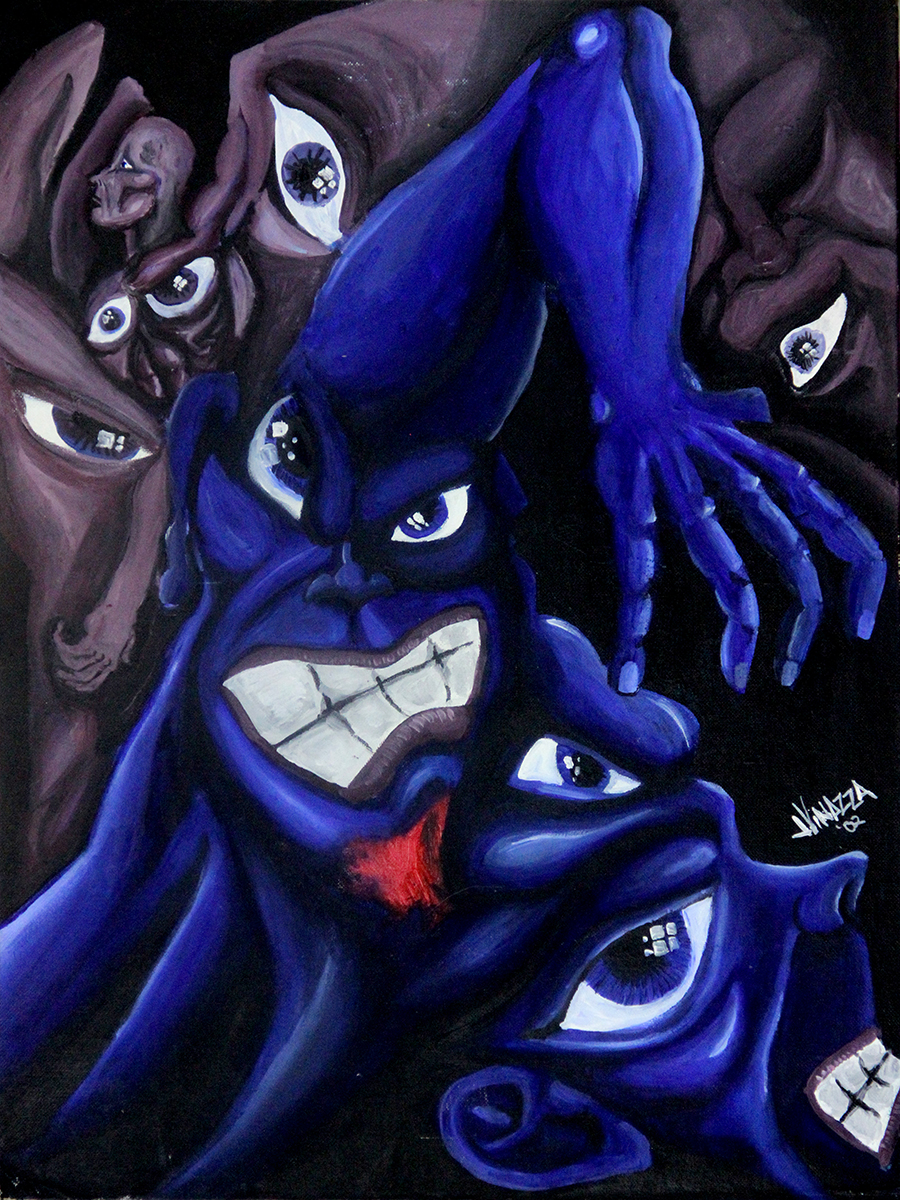 One of my early paintings attending art school. It was study on blending body parts and faces. I thought of Picassos “Blue Period” and thought instead of depession this them would be RAGE which is usually associated with RED. The dark lavender-ish figures in the background were to capture the transition of these mood colors from red to blue.

I wanted the eyes to be judging as the eyes of rage could only do.