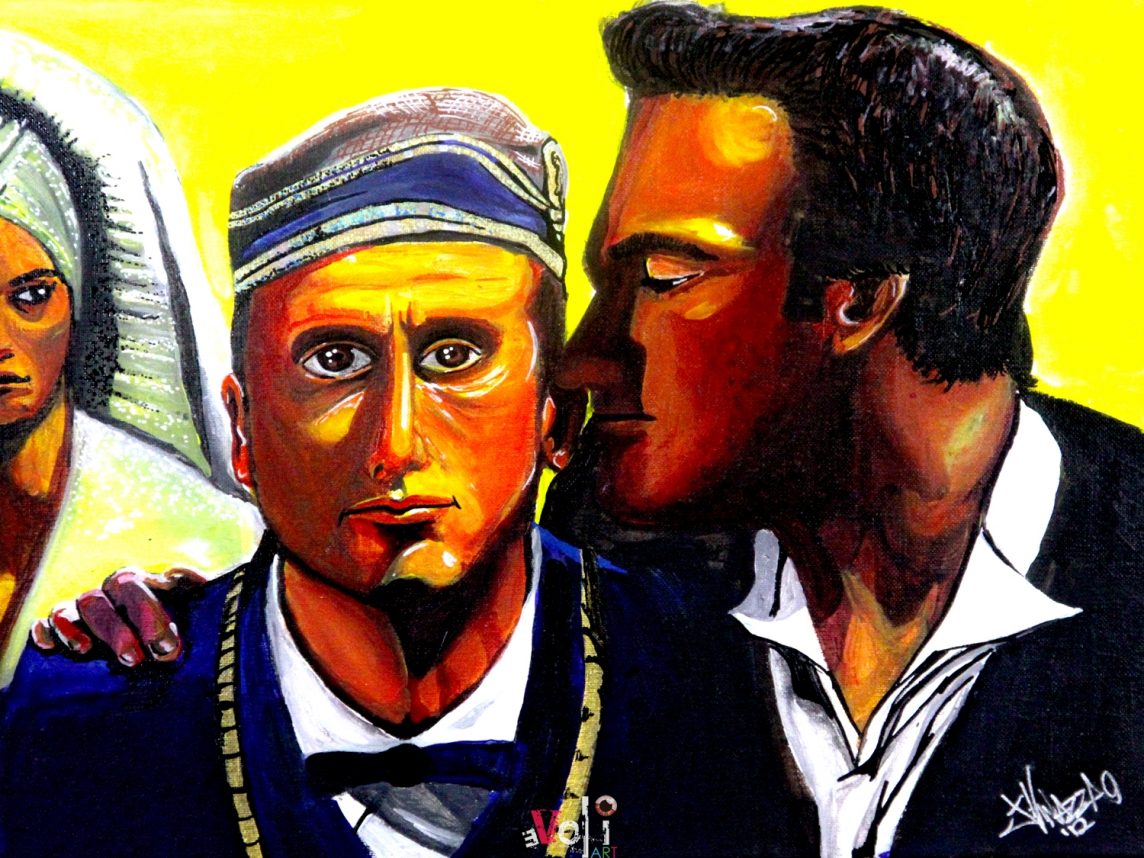 Around the time of the premiere of Django, Ft. Lauderdales The Green Room had a show called A Very Tarantino X-Mas. During that time I was invited to paint live and showcase some Tarantino related art.

I being a filmmaker highly inspired by Quentin Tarantino thought I would paint a scene from his Vignette in the film Four Rooms.

The scene to me is an allegory for a devil presenting an argument to suppress ones empathy and morals in leiu for profit. It seems to be the common them throughout the film as Tim Roth increasingly is asked to commit seemingly benign sins for profit disregarding the safety of others. 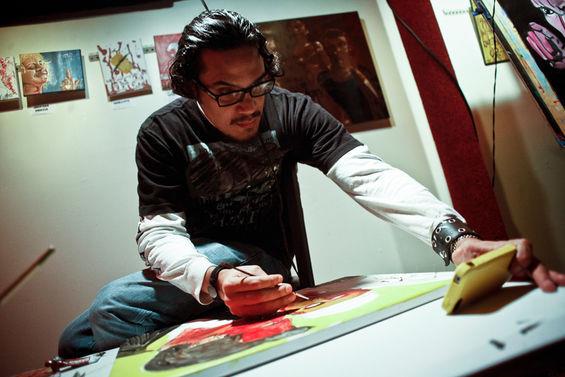 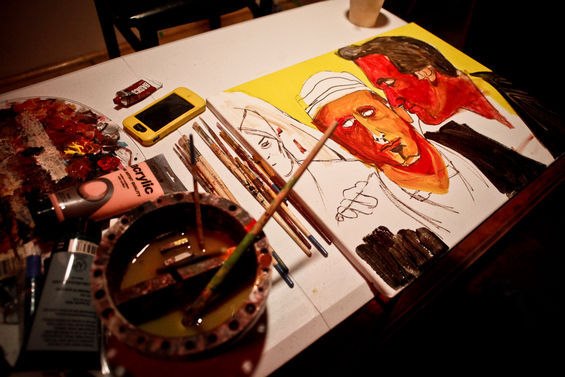 This is Fan Art. If you would like a custom signed gift you may contact me for a private exchange and donation. Please describe the name of the piece in the message.